The dizzying effects of Fat Tuesday are over and the sobering effect of Lent has set in. All the things I said I would give up for God seem less like noble sacrifices and more like some idiotic thing I said in anticipation of over-indulging on Fat Tuesday. Kind of like saying, “I’m not trying to be insulting” just before you insult someone.

The thing I wrestle with over and over  – and not necessarily only on Lent – but every time I realize I need to get my act together (which is often) – is that I have to get “real” with myself before I can actually start making changes. The thing is: knowing the truth and accepting the truth are two very different things. It seems to me that agony lies between the two.

So how do you discover the truth or what is real?
I begin by wrestling with questions or avoiding questions and, in the process,  spend a lot of energy. Questions like: How did this happen? Why does it continue? Is it really bad for me? Who’s fault is it? Should I be dealing with this at all?   I wish I could just skip the questions and get to ‘real’ right off the bat, but it seems to be a process of self-discovery for me albeit agonizing.

Giving up caffeine for instance. I said I was going to give up caffeine (again). Something inside me keeps saying, one more soda isn’t going to hurt anything. Nobody ever died from one soda. But my problem isn’t one soda, it’s the gallons of soda a week I drink. A minor indulgence is not the problem. And the fact is, it is what I do consistently that matters, not the things I do sometimes. I do not need caffeine. I need to give it up. Not because I’m being noble but because it is imperative to my health. So really, I’m not giving it up for God but for myself.

Cursing is another issue. I said I was going to give up cursing. I have a seriously bad habit of cursing. My mother did her best and in her presence I never curse. So I know it can be done. I like to think I picked up the habit many years ago working around what some would consider “rough characters”. In reality I started cursing to vent frustration rather than dealing with my hot temper and impatience. I just felt it was ‘ok’ to let those words fly in the presence of what some would consider “rough characters”. But that’s another lie. Those people I worked with were some of the best people I’ve ever met. The stereotype in my own mind and the weakness of my own character made it,  in my mind at least,  ‘ok’ to say those words in their presence and they just were too nice to call me out on it.

Funny how I do that. I like to blame other people and my circumstances when in actuality I am just not being ‘real’ with myself or my God.

God knows I’m just fooling myself and thereby being foolish, but free-will and all that jazz gets me into trouble. When I’m standing there with a soda in my hand and my husband walks in and says, “What are you drinking?”, I sometimes I feel like Cain after he knocked Able in the head for being “better” than he was at just about everything. God says to Cain, “Where is your brother”? And Cain says, “Am I my brother’s keeper?!” <insert eyeroll> When he knows full well that Able is sleeping with the fishes.

I know deep down that when I hide from God, I am not postponing the pain of conviction. I am prolonging the pain of my own actions. I guess too often I forget to begin my process of self-discovery with prayer. I sometimes forget that the thing about forgiveness is that I don’t have to be perfect to get it. I just have to acknowledge my actions and ask for it. That’s all. But in order to do that I have to get ‘real’ first. So how do I shorten the agony of that process? I don’t know that I can except to accept God’s help and stop avoiding the truth even when it hurts. I am finally learning that part of being a Christian is trusting God and allowing myself to see me as God does. Sometimes that’s painful for me, but that’s the ultimate in ‘getting real’. I guess that’s what “The truth shall set you free” means. Yes, it will set me free but until I accept it and confess it, it will hold me down.

So, after asking God for help, and going through my discovery process,  this is me finally getting real:

Just the power of saying those things makes it much easier to establish the new manifesto of my life:

I am better than that. I am a child of God and if I ask for his help I shall receive it in abundance.

What do you need to get ‘real’ about? What’s your self-discovery process?

For more on the meaning of Lent here’s a great blog post by  Joel Miller  http://joeljmiller.com/whats-the-point-of-lent/

A Great Gift We Can All Afford To Give

Many years ago, a woman who had extensive training in customer service told me, “We train our employees to smile when they’re on the telephone.”

She responded, “Well, believe it or not, you can hear a smile on the other end of the telephone, and we find that it reduces stress in both the customer and the customer service agent.”

We were sitting in an office, so she had me do a test with her. She called me from the next cubicle and asked me to guess if she was smiling while she talked to me. I numbered each phone call and wrote ‘smile’ next to the number if I thought she was smiling. It took all of about five minutes, but I learned alot in that five minutes.

I could tell 100% of the time if she was smiling while talking to me. it changed the way the conversation went and the way she made me feel.

Over the years, I’ve tried this many times, and I find that if I smile, I usually get a better outcome than if I don’t.

Think about it: It’s free! And, apparently, there are more benefits to smiling:

I’ll leave you with a quote from a friend: “Smile! It looks good on you.”

Praying at the Wrong Altar 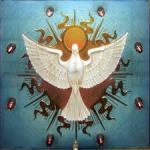 Have you ever wondered if you’re praying at the right altar? Have you ever thought that there’s no need to pray at all?

You may be praying and not know it. How?

Traditional prayer is a solemn request for help or a giving of thanks to God.  Somewhere along the line,  prayer can become about something other than God.  Have you ever caught yourself thinking that science (medical or otherwise), money, or a  relationship might save you, make your life easier, or ‘complete you’.  That, too, is prayer, but it leaves God out.

That kind of prayer sneaks up on you. You’re not aware of it in the sense of  traditional prayer – as in talking to God. Pain, fear, anger, weakness, and impatience all make it easy to put your faith in something other than God, and not be aware of it.

Have you ever said something like one of the following:

I was going through a particularly hard time physically, and I was impatient and weak. I went to my doctor, who is also a friend of mine,  for help.  She is a wise woman and a Christian.  She said to me, “You have far too much faith in the medical system. It’s run by people, and people are flawed. Eventually, you’re luck will run out.”

It was then that I realized I had been praying at the wrong altar. I had left God out of the equation.  I was blessed enough to have a friend who was kind enough to point that out.

If you don’t feel healthy, wealthy, or complete, maybe you should pray at the right altar. Pray to God.

Have you ever prayed at the wrong altar?